Cover illustration by Eileen Chang/Zhang Ailing for her own book 流言 (trans. Rumour)

There are 3 reasons to watch Lust, Caution, and for this I shall quote the folks sitting around, beside and behind J and I in the cinema on Saturday. [warning: spoilers ahead]

(1) "[gasp]...so cute"
Even the dogs, cute white ones or saggy-faced Alsatians, play their role well. Every single member of the cast was superb.

(2)"Wah, Louis Vuitton ah"
This film being set in wartime Shanghai and Hong Kong, the costumes (and yes, the suitcases were beautiful too) and art direction are excellent. But because the film could be seen as a play within a film, starting first with the group of over zealous students taking their anti-Japanese play too seriously beyond the stage to the dangerous real world and eventually going undercover as spies for the resistance, the idea of stage and reality, deception and truth gets, a fabricated reality vs real life drama require elaborately set up apartments, fabricated lives, fancy cheongsums that were part-costumes part-real wardrobe. In order to "act out" her seduction of Mr Yee, "Mdm Mak" aka Wang Jiazhi must first has to lose her virginity to a student/fellow actor.

This materiality of their dramas finds its ultimate symbol in the gigantic diamond ring that Mr Yee (Tony Leung's character) purchases for "Mdm Mak" aka Wang Jiazhi. It is a mark of his love for her (since it is a gem he denies his wife), but perceived at first by Wang as a secret transaction with an imagined enemy. And when she accepts and understands the significance of this token, it becomes ironically the start of his betrayal of her - when confronted by the evidence of his complicity with this "spy" (or an insinuation that the money he used to purchase the rock is ill-gotten), Yee must deny that the ring is his.

(3)"哎，張愛玲的故事都是這樣的啦"
For me, the biggest reason to watch this film (other than Lee Ang's interpretation) is that it is based on Eileen Chang/Zhang Ailing's short story of the same name.

It is not the first movie that has been made from her stories. There had been 紅玫瑰白玫瑰 (Red Rose, White Rose) by Stanley Kwan, 傾城之戀 (Love in a Fallen City) by Ann Hui and 半生緣 (Eighteen Springs). Zhang herself wrote screenplays, including the famous 不了情 (Unending Love).

What makes her stories great material for screen is Zhang's ability to turn the internal drama of her characters' lives (their motivations, thoughts, conflicts and contradictions) into social situations - not sitcoms - rather, micro/social situations born out of the larger political or rather historical forces. There can be cruel caricatures (I'll scann later some illustrations/actual caricatures by Zhang - her satiric eye/hand) but however harsh her portrayal of these characters (even the do-gooders have some suspicion cast upon their naivete), they are ultimately excused because humanity - however strong individuals may be - is weak. It is weak in the face of the historical and societal powers/forces/movements it has created in the first place, victim to this tyranny of our collective stupidity/folly/pride. We fail each other. History fails us. We fail ourselves.

You must admit it's a rather tragic vision! And this bears out in Zhang's own life (or at least, I think, that's what us "Zhang-mi"/fans like to imagine!). It is tempting to see 色、戒 with an eye on Zhang's biography. After all, Zhang's first documented love was a married man and a supposed traitor/collaborator with the Japanese. Her mother, like Wang Jiazhi's father, eventually also left for the UK, leaving Zhang alone to live her aunt in China. Zhang, too, spent her university days in Hong Kong, before returning to Shanghai.

But unlike Wang Jiazhi in 色、戒, Zhang was no hapless student who gets lost in the fictional reality of others or of her own device. Zhang was a writer. So with words, she survived. Words provided income. Words afforded a distance, distance gave her writing its wit and irony. But distance also confirmed the tragic vision in words. And if words were not enough (or too much), she created for herself the physical distance of a life in America at age 35. There she survived another 50 years, writing mostly essays and academic work and translations (inc. translations of Emerson) and died alone in her apartment.

p/s For those interested in Zhang's own reading of her short story and rebuttal to a critic in 1978, read her essay 羊毛出在羊身上，談<色、戒>
books film

儒 said…
i didn't read the whole post as there was a "warning: spoiler!"

but seeing "Tony Leung" is enough to make me want to watch the film. i guess i'll have to wait till the DVD is out though.

oh, wanted to say this earlier, but didn't get the chance to.

Anonymous said…
you're a nov baby too? happy bday to us! been wanting to catch Lust, now you've made it worse. need day off!
10:58 am 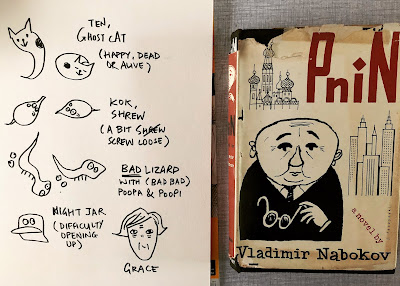