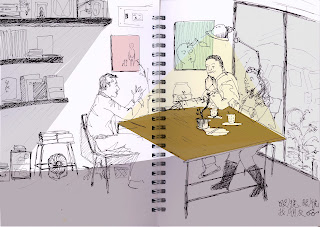 I am beginning to sound like a broken record, but the only way to begin this post is to still declare Taipei as the favourite city away from home for us amps.

In true urbanite fashion, I thought it was all because all good cities are defined by their coffee, books, and music (and art). For this trip, armed with several new recommendations from CP, we thoroughly enjoyed and admired the following old haunts and new finds: 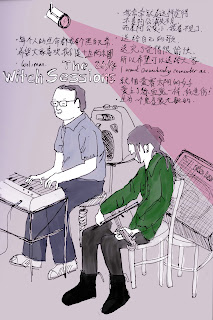 But of course, what matters most are the folks behind the coffee, books and music - and whatever it is which informs their interactions with strangers like us. These stores are fronted by young Taiwanese under 40. They are knowledgeable about their work, friendly, generally helpful, and appear to take pride in what they do.

It is so easy in any city to develop an aggression and fight for the little space that you think is yours to have and own. It is easy to blame someone else for a bad day when there's so many "someone else" around you, in the packed train, in the distracted elevator, in the hurried traffic stops. It is easy to just give up, and let the force of the crowd behind and ahead of you carry you along.

So if I were a Taipei resident, I would be proud, not of my city's coffee, books or music in the first instance. Instead, I would be proud of my city's ability to protect the "priority seats" in trains and buses for the people who need it more than me - its compassion; to contain so many small creative enterprises/street hawkers/shopkeepers taking ownership of the things they make - its dedication; and to retain that air of dreamy optimism and action - its imagination. And the coffee, books and music will naturally follow.

Then again I deceive myself. There are no good cities. 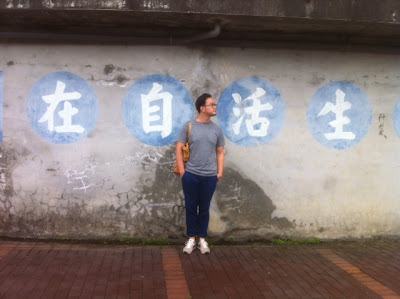