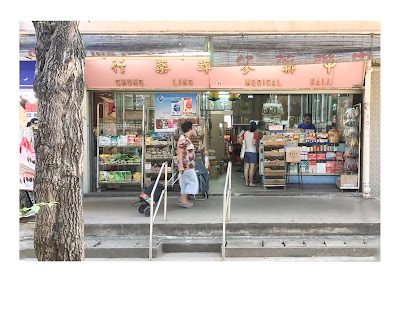 I wanted to write about Arthur Yap today. But I ended up re-reading the poems by Goh Poh Seng instead.
In the 1970s up till his last collection of poems in 1986, Yap often bemoaned the pace of development in Singapore, and the people and places we leave behind - "there is no future in nostalgia" is one of his most known poems. Goh Poh Seng, on the other hand, simply just upped and left Singapore in 1986.
While Arthur Yap led a very private life, Goh Poh Seng (1936-2010) was the man out and about our cultural scene! He organised a David Bowie concert in 1983; he ran a jazz bar that hosted readings; and he was involved on the committees of many arts and cultural organisations...all while he was practising medicine and writing his novels. How cool is that. Given the timing, I am assuming he left Singapore in the thick of disillusionment with the political landscape. You can tell from Goh's first poem below his free spiritedness.
The poems he wrote while in Canada posits him as an observer of life instead. He was no longer, in 21st century speak, an "influencer". In his poems, people, friends, landscapes, the seasons - they pass him by. And in his later years as he suffered from Parkinson's disease, his poems had an even more acute sense of the transience of life.
While Yap's poems were deeply felt and almost technical, Goh's poems are simple and direct. These 2 poems by him, dated June 1999, need little explanation. They have an emotional immediacy and a prosaic quality, starting with the titles! Perhaps, as one ages,  you don't have the time left to beat around the bush....
And in the same way, when your situation in life is in crisis, you too may not always have the words to construct an elaborate alternative reality. As in the second poem, even or a change in the landscape (the second poem was written in Montreal, not Goh's home in Vancouver) does not seem to help. But you know you are a writer because you still feel the need to make a poem of it. And that's why artists continue to make art, regardless of their profession or situation in life. They make art, first for themselves, because they need to; and in the human-ness of the need, they leave a bridge for others.
Parkinson's disease
All that space
to negotiate
but the medium's
no longer air.
It has thickened
intro a treacle,
and trapped like a fly
it's so hard
to move.
The struggle
saps my strength.
All my life
I'd wanted
to be a bird!
Lately, the Going's Hard
Lately, the going's hard.
Each daybreak
the mountains
do not re-deploy themselves
into fresh landscapes,
not each day itself
appreciated
for its novelty.
If they do,
they may be part of
a solution.
books