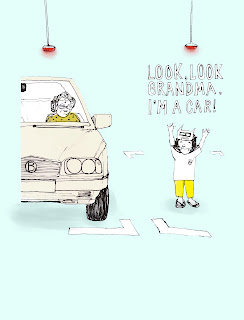 This call was posted on the CulturePush job board recently: to compose a 2 minute school song.

If I was at all musically-inclined, it would be hard to refuse such an assignment. A song that kids will sing at least once a week, or even every morning? What should it say? What memories will it leave?

At taiwanese singer Cheer Chen's concert in Singapore last year, she sang 小小校歌, literally "Small School School" (rumoured to be the unofficial school song of her alma mater 台北景美女中 composed in the 70s) and the lyrics went like this:

It sent J and I searching for the lyrics of all the school songs we have sung, although we were not under any illusion that we would find anything quite as lyrical and dreamy. 2 of our primary schools no longer exist, but we managed to find the rest via google.

The lyrics were of being "unique in style". "achieving nothing but the best". serving the nation, marching forward in unity, forging bright futures, reigning supreme, zeal and might etc.

They were not school schools. They were battle cries! Or more apt would have been the term "anthems". After all, we had to sing them while standing still with both arms stiff by our sides.

Of course, there were some oddities that guest starred in the lyrics: "the gryphon", "a lonely palm tree"... And from the convent school I attended, there was "wisdom, courage and charity" - these were strangely rare virtues in a school song.

I wish I saw more of these virtues or hints of them in our school songs: imagination, empathy, courage.
personal