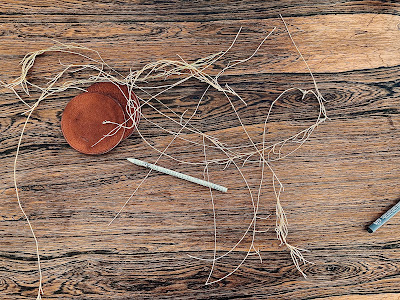 [Trigger warning: this post discusses suicide and death.]
Almost a month ago was the international loss day for survivors of suicide. For the first time, I attended an SOS event. I remember the SOS representative at the SGH morgue that day after J died - she approached me, offered support but stayed respectfully at one side till the paperwork was done. I appreciated that she was around. That year, I received 3 phone calls from SOS asking if I needed any support but always respecting my “really appreciate your checking in, but I am Ok.” reply. I don’t fully know why, after almost 3 years, I decided to sign up for the online event that day by SOS. There were speakers who were psychologists and academics, and a breakout room later where folks shared their experiences in a smaller group. Those whose loss were more recent I think were most comforted. Nonetheless  all that I heard affirmed what I knew in my head and in my heart.After that session, two friends came over for a lovely lunch until it was time for dinner with WW. It was a blast. We wore sexy new clothes, ate really delicious food at a restaurant, and I treated her to tomatoes I had pickled the night before in shiso and plum. After dinner we walked by rows of Korean eateries pretending we were on a holiday, and she treated me to cocktails at our fave bar.
So what am I trying to say?
One, when you are a certain age, and we’ve both been through our share of sadness, you don’t really care what the nice restaurant will think if you brought your home-pickled tomatoes in an ziploc bag. If the restaurant was truly classy, they wouldn’t bat an eyelid and would offer you a dish for the tomatoes (which they did). And it is great to have a friend who will eat your pickled tomatoes from a ziploc bag at a restaurant! And this is why I didn’t need SOS’s services then - my fam, friends, workplace and irrational self-assuredness were all part of God’s abundant grace in that most difficult period.Two, that the sadness of losing someone you love deeply never leaves you. That sadness, even in the very best of times, exists as a constant hum. And it lies in wait for a moment to seize you more fiercely. But for those of you who are grieving a more recent loss, please know that the sadness can also exist together with joy, inspiration, comfort and goodness.  You are not defined by your loss or grief or sadness. It is an indelible part of you but you and your life are also more than that - so do not be afraid of that slowly expanding space that is you and yours to hold or give.
As poetry and songs are written by those alive, it can seem that we romanticise death because we are thinking fondly of the person who is dead. I do remember much of J publicly, and I always remember him lovingly because it is true to how I feel towards him. But I do find how he died absolutely hateful, and it makes me both sad but also angry that his life should end in this manner. While he suffered much in a way no one else can fully understand during his anxiety and maybe even psychosis, to an extent that he seemed no longer himself, I know that his taking his life was still not on. Early on, WW said that one can think of his death as being from an illness, no different if a heart attack had seized him suddenly. We may sympathize, empathize with and even rationalize the circumstances for suicide, but I don’t think we can ever justify it. Suicide will always “offend” our sense of life, our will to live, and all that we hold precious about being alive.
I use strong words because whenever I watch a film or TV drama that dramatises instances of suicide - and there are so many - perhaps wistfully, even "beautifully", in a manner only the living who remember the dead fondly may unwittingly do, I worry. I worry if a young person would get the idea that suicide is "acceptable". I beg that you not let that kind of death take root in your mind ever as an option or solution. I know that sometimes the will and strength to continue living can elude us. I, too, feel despair and a sense of futility, tiredness really - but we must not believe the lie that death is a solution to suffering. In our pain, it may cross our minds. But we must not feed ourselves this lie.  And if the person who took their own life could look on, hypothetically, on the living they have thus left behind, surely they would be filled with regret, sadness and anger. Because the suffering has not ceased.
As we age or when our bodies prematurely fail in disease or accident, death takes us.  Death happens to all, at a time we do not know and cannot control. As with life - given to us not at our asking, at a time not at our will.
And so this third thing I have been thinking about and struggling to reconcile: because we did not give ourselves life, it is not ours to give or take away, it is not ours to end.
MissingJ personal