Showing posts from February, 2010
Show All

At 陈珊妮Sandee Chan's Esplanade performance (as a friend CT puts it, it's been a more than 10-year wait for fans on our island!), she used the words 認真 to describe how she had selected the songs lined up for last evening's fantastic concert. Most online dictionaries define 認真 as "serious", "earnest" and "to take seriously." The problem with Chinese-English translations is that the word often means all of this and more . 認真 suggests a degree of genuine care that is less removed than seriousness and more calculated than just earnestness. I would like to think that the folks behind Friday night's play Invisibility/Breathing , also at the Esplanade under its HuaYi Festival, were equally 認真. There was a precision and detail in actor Oliver Chong's performance that warranted the adjective. And despite the work's weakness, the same professional dedication was apparent in the set design and construction, the sound and direction. All
Post a Comment
Read the rest of this post

"There's too much love on this train" is about all I can come up with today.
2 comments
Read the rest of this post 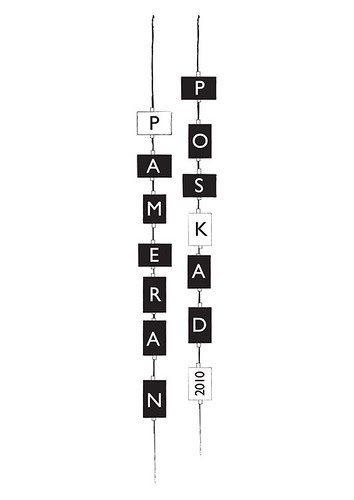 J designed the event's logo this year. :> If large canvases are not your thing, you may want to check this out! In its 3rd edition, Pameran Poskad is, as its name reads, an exhibition of art that fits into postcard-sized plastic sleeves. It's been an interesting "egalitarian" platform so far, with work by really established artists placed next to amateurs from around the world. Started by fine art printmakers Keyakismos (Eitaro and Tamae), this year's exhibition already has close to 150 participants . Even if you don't fancy yourself an artist type, you can go spend some of your Ang Bao money at the show from 17 April to 1 May. Heh.
Post a Comment
Read the rest of this post
More posts